“We’re living in a society that is racist,” says Joy, “you gotta stick together or they will never bend.”

Adam Levine may have put a lot of thought into whether Maroon 5 would play the Super Bowl halftime show this year, but it didn’t take Joy Behar much time to rip his decision to shreds.

After the frontman spoke out about why the band decided to take on the gig — a controversial move after the NFL’s treatment of Colin Kaepernick and those who knelt during the the national anthem as a form of protest against racism and police brutality — “The View” dove into the subject Friday morning.

How Adam Levine Decided to Perform at the Super Bowl Anyway, Despite Controversy

Abby Huntsman was the first to speak, defending Levine for the decision.

“I’m just surprised at the response for the halftime show because I just don’t know what the alternative is, to just not have a half time show?” she asked. “I actually think it’s great he’s going to do this. I don’t think we should assume that just because he agreed to do the halftime show, he doesn’t care about the issues.”

She added that she doesn’t believe performers need to be pressured “to be a politician or speak out on things they are maybe not comfortable with in that way,” but said she still thinks it will be a “powerful” performance.

“I don’t agree with that at all,” Behar responded, a reaction Huntsman clearly expected. 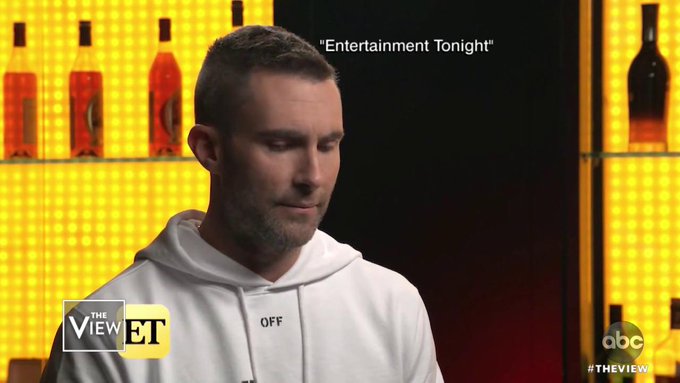 NFL CANCELS MAROON 5 SUPER BOWL PRESSER: Maroon 5’s Adam Levine addressed the ‘controversy’ surrounding #SuperBowl halftime show, saying “the NFL canceled the press conference, so you’ll have to speak with them.” The co-hosts weigh in on artists’ role in activism.

“We’re living in a society that is racist, everybody knows it, you gotta stick together or they will never bend,” she continued. “Adam, go ahead, you wanna sing, go ahead and sing, I don’t approve of that. That’s me.”

Behar’s stance confused Meghan McCain, however, who asked: “In your scenario, I want to get clarity, everyone’s just kneeling during the halftime show?”

“There’s semantics of the football game, they take a break for a reason, so during that period of time what would you suggest is done if not to enjoy music of some kind?” she continued. “We haven’t seen the performance yet, he could address this.”

She then pointed out that Beyonce’s halftime show was “quite political,” which she believed proves “there’s a way to do it and still have it be political and make a statement.” McCain added, “I think to knock everybody that’s involved before you see it is a little premeditated.”

Whoopi Goldberg chimed in last, saying “everybody can’t stand for everything all the time,” but hoped the band doesn’t ignore the conversation around the controversy.

“I kind of feel like, there might be a different way to do it, but it wasn’t offered up,” she said. “I can’t say to somebody don’t do it, I can say just don’t forget why people are saying we’d rather you didn’t, let’s not forget that and go from there.”

We’ll see what happens when the Super Bowl airs Sunday, February 3 from Atlanta.